David was born in Martin, Kentucky, on September 20, 1950. In 1976, David began his practice with Stephens, Combs, and Page in Pikeville, Kentucky. In 1978, David returned to Northern Kentucky to join the firm, becoming a Partner in 1982. David concentrates his practice in the areas of trial practice, particularly in the areas of insurance defense litigation, including personal injury, products liability, and property damage defense litigation. David also practices in the areas of insurance coverage issues, criminal law, and workers' compensation. David has served as President of the Northern Kentucky Bar Association, as a Member of the Board of Governors of the Kentucky Bar Kentucky Association and as President of the Kentucky Bar Association from 2005 to 2006. He currently serves as an elected member of the Berea College Board of Trustees. In 2007, David was elected to the American Bar Association's House of Delegates. David has been selected to the Kentucky SuperLawyers for 2007, 2008, 2009, and 2011. David is a Martindale - Hubble AV rated attorney.* 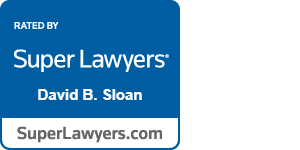 We are a debt relief agency. We help people file for bankruptcy relief under the Bankruptcy Code.